Hanging By a Thread

« For the Love of My Children | Main | Let Me Explain… #Misunderstood »

The Power of Impact 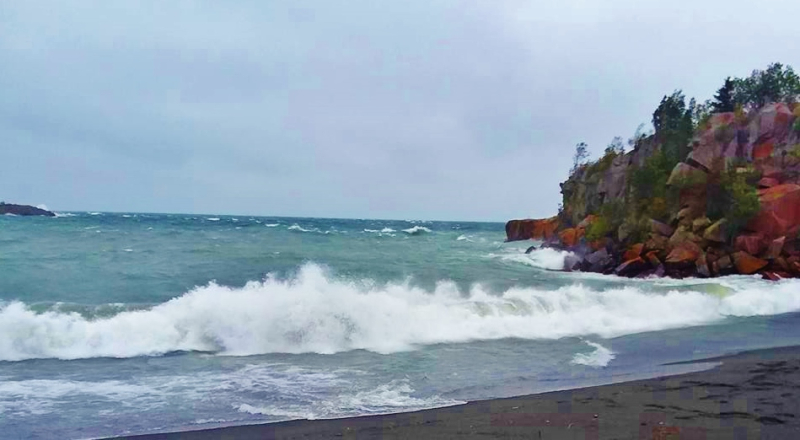 To start with, I've had a bad cold. I got it from my boys over the weekend while traveling. Of course, it means nothing when mom gets a cold. Life goes on. So, I have been tired and cranky and generally feeling cruddy all week. Thursday was no exception, but then my mood got worse. And on Friday, I woke with a tremendously heavy sadness on my heart and mind. Here's why.

On, Thursday, the boys and I spent the day with my computer or phone on a live feed of the Senate Judiciary Committee, watching both Dr. Christine Blasey Ford and Judge Brett Kavanaugh testify before the nation.

I knew only her story and very little else about Dr. Ford before her testimony. I thought I believed her story, but was anxious to hear her and see her tell her side of things to determine her credibility in my own mind…not that my opinion of her matters in the least.

I was struck by her calm, yet genuine and terrified-beneath-the-surface demeanor. I understood how she felt sitting there sharing her most devastating details of shame and guilt and confusion and sadness and aloneness that she has been carrying with her for 36 years. My heart went out to her.

We listened to her words and watched her face and heard her tone and completely believed her. She gains nothing and has lost much in coming forward to speak. My heart broke for her.

Now, in my case, nothing happened to me in either of these instances, but I am now and was then well aware that it could have. Just knowing I was in a situation that made me feel trapped and vulnerable, I can clearly recall all kinds of details about the space I was in, the smells, the sounds, some (but not all) of the people there or nearby, how I felt and what I was thinking, but I could not give you a date and I could not name each person there. I'm not even sure of the exact year. This does not mean it didn't happen.

I imagine that if you asked the other people who were there with me during those two instances they would not recall these things in such detail. In fact, I would bet they would not have any recollection of these instances at all. This does not mean it didn't happen.

I NEVER told anyone about these instances…not my best friend, not my mother, not my husband. No one. This is the first time I have ever shared anything about these two instances outside of my own mind. I did not tell anyone because I felt shame for allowing myself to get into such situations. This does not mean it didn't happen.

The reason it stands out in my memory so vividly and has stayed with me all of these years is that it had a significant impact on me. After the second instance, I promised myself then, in high school, I would not allow myself to get into such a vulnerable situation again. These two instances scared me and cautioned me and trained me and shaped me.

I can imagine that the other people involved in these two instances didn't recall it happening a year after it occurred, let alone 5 or 10 or 22 years later. This is simply because it did not have an impact on them. It did not scare them or worry them or warrant a change in how they approached certain people or situations.

He yelled and deflected blame and repeated the same answers over and over and made accusations. He was evasive and sometimes responded with silence. He talked back and whined and cried. He was all kinds of emotional and belligerent and haughty. I have seen this behavior. I know this kind of behavior. I have seen this behavior from grown men, but any parent will recognize this kind of adolescent, rebellious, defensive fit throwing, as well.

This spoiled, whining, privileged man child having a huge meltdown temper tantrum was watched by thousands and thousands of people, and I believe it will have an impact.

The impact will not be on the male Republican Senators who rebuked the Democrats for causing such pain and suffering for this upstanding man and his family…at least not directly…and who will vote to confirm Kavanaugh to the Supreme Court of the United States.

The impact will not be on Kavanaugh who will most likely still get his way and be appointed for life to the United States Supreme Court. His family is not ruined. They will move on from this. But let me say, I am sad for his wife and daughters who are having to go through all of this because of their husband and father.

And yet, I do think there will be an impact. I think there already is a wave of change that has been gathering momentum and speed and depth and integrity and raw, composed rage. It's coming….just you wait.

From a different perspective, as a student of the law with a deep respect for the highest court in our land and for (most) of the justices who sit on the Supreme Court of the United States, I am greatly distressed, disappointed and frustrated. Putting aside whether he has repeatedly, on several topics, lied before Congress and whether he sexually assaulted one or more women, the person who has emerged under pressure in these hearings is NOT the kind of impartial, rational, discerning person the United States Senate should be placing on the Court. Our highest court of the land deserves better than this. We, the people of this democracy, deserve better than this.

My heart breaks and my blood boils for all people everywhere who have been hurt, broken, taken advantage of, assaulted, raped and have told their stories only to be threatened, ridiculed and worst of all, ignored.

I hear you. I believe you. You matter. You have made an impact. You are not alone. Everyone does eventually get his day in court; before his maker, that is.

Thank you for your informed perspective. As one of my friends said, these hearings amount to a job interview; would he seem like a viable candidate for the job, given his performance? You've answered that question eloquently.

Thank you for reading and for your comment. Yes, in my opinion, he is unfit for this very honored position.

The comments to this entry are closed.