Hanging By a Thread

Be a Political Person {Talking Politics with Our Kids} 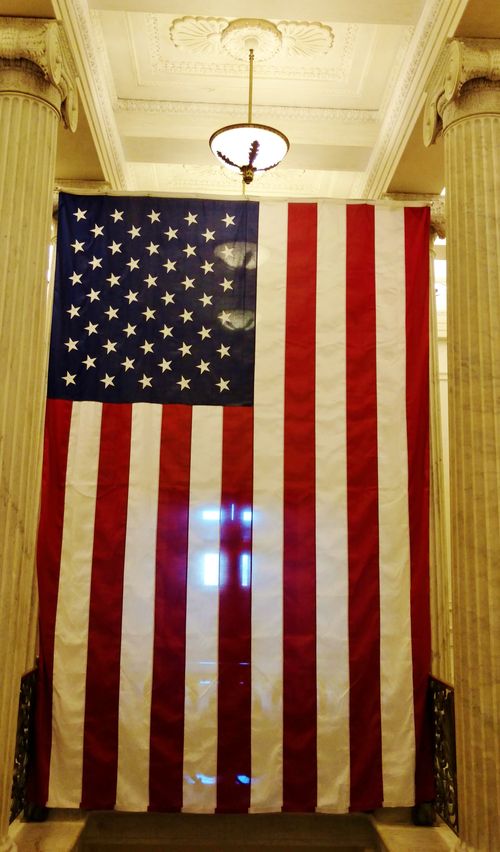 In our house, politics is not a dirty word. In fact, political knowledge and discussions are something to be proud about…although the kids do have an approved and unapproved list of people they can discuss such politics with…the approved list is pretty short, come to think of it...

But, seriously, political issues are important and we should be discussing them in our homes and in schools. This doesn't mean taking sides and arguing and segregating based on beliefs and political party affiliations. It means learning about issues facing our elected officials, the laws and policies concerning the economy, the environment, the educational system, the poor, job opportunities within our country, relations with other countries, the military, etc., etc., etc., and the arguments on both sides.

So, at this juncture in American politics, I am thrilled to be teaching my kids at home because this means we can discuss and study any and all areas of politics. And we do. We talk about what's happening along this long campaign trail. We read articles, watch video clips and of course, check out the political parodies. We watched the debates with the boys and explained various points afterwards, but I think they have a pretty good grasp on what's what at this point.

They're looking forward to going with us to vote, as always. And I can't wait for next week when this Political Science major gets to teach a whole week on the Electoral College, the interesting elections of the past and anything and everything we can find to watch, read and learn about the election process. I'll be trying to channel my beloved Poli Sci Professor, Dr. Flavin, and his enthusiasm for all things electoral.

If we don't talk about such things at home and with our kids over the dinner table, in the car, in the midst of a "nasty" political race (sorry, I had to get it in), after the President addresses the nation, during a legislative stalemate, where will our kids get the confidence to discuss such issues? How will they understand the who and why and how of our nation's politics and our and their personal views as they grow into adults.

So, be a "political person" and talk about the processes, the difference between parties and how and why and who of local, state and federal government. Discuss your personal feelings and beliefs and where that falls within political parties. Talk about the "other side" and what they believe and why those issues are important to them. We live in a democratic society, and this cannot exist without talking and discussing the differences, the areas we can agree upon and how to make our system work for everyone. After all, a democratic society is defined as one that is run by the people, for the people and supports equal rights, freedoms of the individual, fair trials and minority views. Let's not forget that.

And remember GO VOTE! {Preferably with your kids in tow.} I actually saw someone post on social media that she usually doesn't vote, but this one is an important one so she voted…ALL ELECTIONS ARE IMPORTANT! {Sorry, I had to step up on my soap box for a minute….remember, I AM a "political person."} Over and out…

Posted at 11:32 PM in Education, Election, On a Soapbox, Parenting, Politics | Permalink

The comments to this entry are closed.